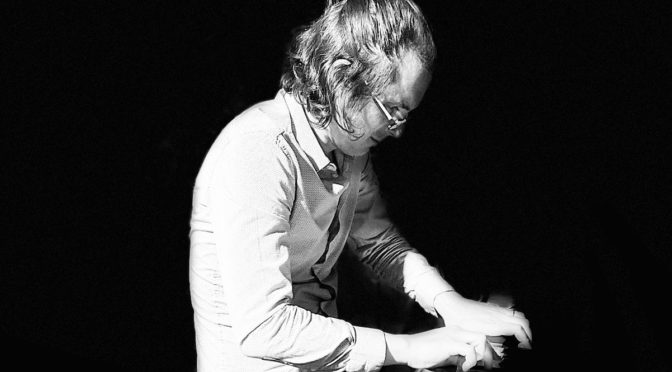 “Jim Funnell … makes a convincing case for quality over quantity. A lot of living goes into making each of his works…” – Geno Thackara, All About Jazz

Anglo-French pianist and composer Jim Funnell (born 1984) started leading his own band in his early teens, performing at jazz clubs by the time he was in high school. Dedicating himself to the study of both classical and jazz piano, he was awarded a full tuition scholarship from Berklee College of Music, where he was exposed to a diversity of styles and cultures. At Berklee, in addition to studying with jazz luminaries such as Danilo Pérez, Joanne Brackeen, Laszlo Gardony, David Fiuczynski, Joe Lovano, and George Garzone, Jim had the opportunity to perform with Dave Douglas, Marcus Miller, Meshell Ndgeocello, and Yellowjackets members Russell Ferrante and Marcus Baylor. Upon graduation, he traveled to Mexico, Argentina, Uruguay, and Brazil, soaking up Latin America’s folklore and Afro-Latin rhythms. These early experiences helped shape his own musical language, as well as his purpose of inspiring and encouraging uniqueness in fellow students, musicians, and artists.

Jim Funnell has released six albums, two singles, and an EP as a leader/co-leader of both his own group “Word Out” (post-bop/ethno jazz fusion band) and AfuriKo (African infused jazz duo with percussionist Akiko Horii). Drawing from diverse influences from around the world in a spirit of respect and celebration, he has notably garnered reviews from All About Jazz, London Jazz News, and Jazz Magazine. His colourful approach to writing music earned him the Composition Prize at the “Trophées du Sunside” in Paris (2011) as well as SACEM’s “Aide à l’autoproduction” (funding for self-produced albums provided by the French Society of Authors, Composers, and Publishers of Music).

Jim teaches jazz performance, composition, and improvisation online (one-on-one and group lessons) and has given workshops/masterclasses at venues such as BRICKS Music Salon (Tokyo), Cardiff University School of Music (Wales), Improphile/Jazz de Mars (France), Koyo Conservatory (Kobe), Euro Institute of Music and Arts (Malta)… He was nominated Jazz Piano Teacher of the Year for 2019 at Lessonface.com.